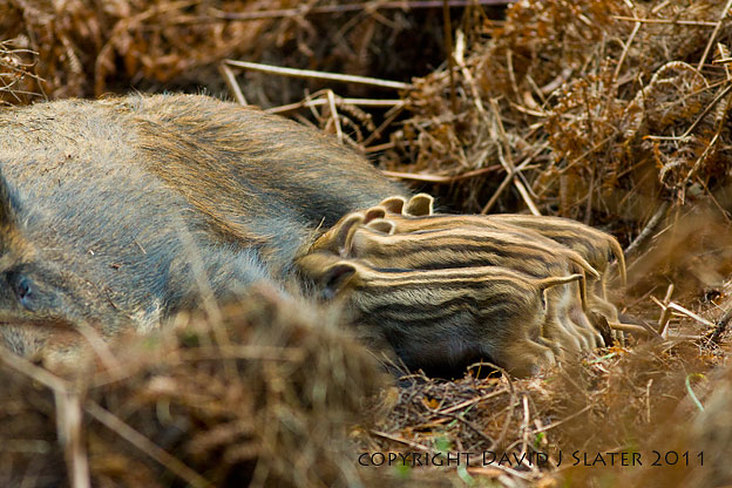 Farmers have a major problem with pigs because they engage in a behavior called "savaging" — a gruesome act which involves female pigs attacking and killing their own piglets. THIS IS NOT COMMON THOUGH, just something to be aware of.

Infanticide is well-documented in many animals, but for some reason, pigs are especially prone to it. Roughly half of the piglets that die by being attacked by their mothers, often just after birth. This affects nearly all farms, but especially small farms still starting up, severely reducing their early growth.

Exactly why domestic pigs kill their young is unknown. Some believe that it's lack of nutrition, or lack of space, or being kept away from other pigs, which allows them no contact with baby pigs once they're adults. Scientists have only managed to pin down a few facts. Gilts — first time mother pigs — are more likely to kill their young than more experienced mothers. But experience alone doesn't help, especially if the experience involves freaking out. If a pig has killed its young the first time out, it's prone to savage its piglets again the next time. Genetics, surprisingly, does seem to be a factor. There aren't any familial lines of pigs more disposed to savaging than other lines, but if a sow does it once, that particular sow should not be bred to continue this process again.

Scientists have tried to find ways to cut down on the practice. Pigs are better left alone when they give birth, so putting them together in big herds doesn't work. Neither does playing the squeals of new piglets to sows, so they can get used to the noise. Only keeping the lights on at night reduces savaging, which makes researchers think that maybe mother pigs are more scared of than enraged by their offspring.
​
What's truly weird about savaging is that it doesn't just happen with domestic pigs. Previously thought to be a characteristic brought on by selective breeding, savaging has been shown to occur in wild boar species as well. Videos of boars giving birth show that about one in 12 will kill their piglets, and fully one third will show some degree of aggression towards their offspring.

Signs of a difficult farrowing
These signs indicate the need to involve your vet. Purdue has a great resource available to show you what may be needed for any given symptom that may indicate a difficult birth is in progress. https://www.extension.purdue.edu
Next Page