Snout secrets (you may not have known)

Like a cat's whiskers, a pig's snout provides the animal with heightened senses to navigate and interact with the environment, and is especially designed for rooting in the ground in search of food. Under natural conditions, pigs may spend 75% of their daily activity engaged in rooting and foraging for up to 6-8 hours a day. Pigs NEED outdoor time. This can prevent boredom in pigs and provide hours of enrichment fun! 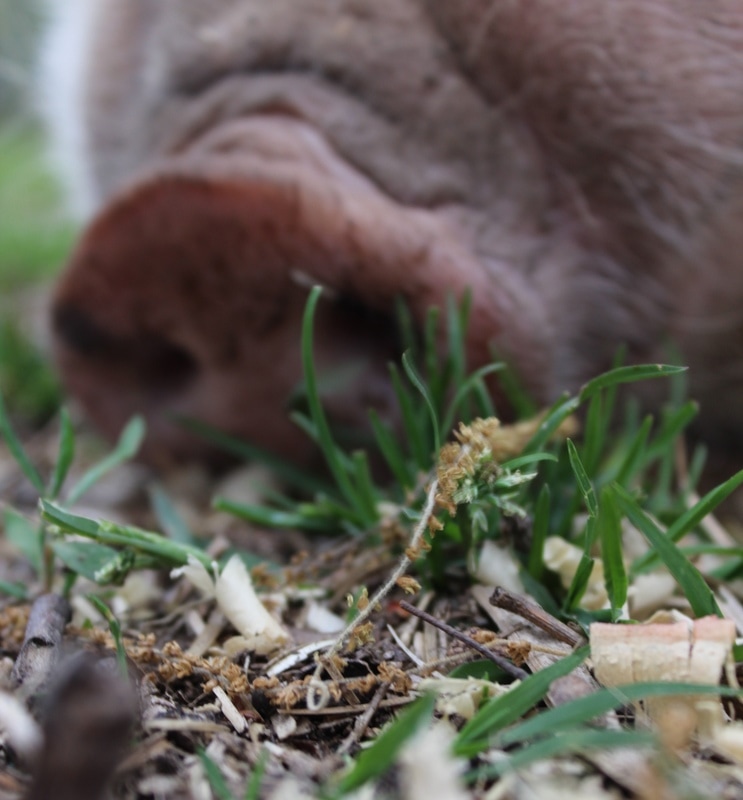 The nasal disc on a pig's snout, while rigid enough to be used for digging, has numerous sensory receptors. In addition to being useful as a fine and powerful tool for manipulating objects, the extensive innervation in the snout provides pigs with an extremely well-developed sense of smell. 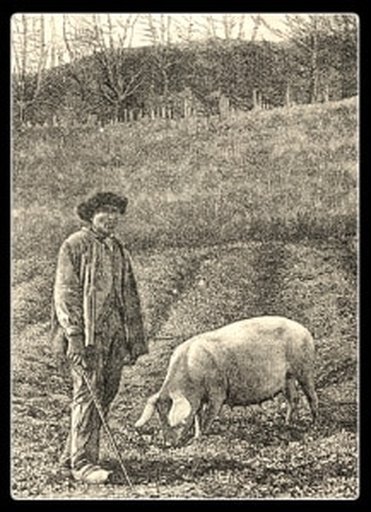 Photo: curiousrambler.com
Pigs can smell roots and tubers that are deep underground—a unique skill that has been exploited since the ancient Babylonian period to find truffles, a subterranean fungus that grows around the roots of oak trees and is highly prized by gourmet chefs. 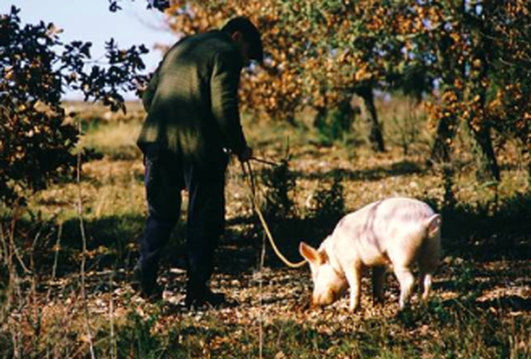 Photo: ulookhungry.com
Indeed, olfactory signals play an important role in communication, and pigs can communicate by releasing chemicals in their saliva and urine called pheromones. In an impressive example of symbiosis and interspecies communication, truffles developed the capacity to produce an allomone that mimics boar testosterone. The sow, upon finding the scent, uses her special snout to dig out the truffle, thus disseminating its fungal spores and enjoying a treat for her efforts. 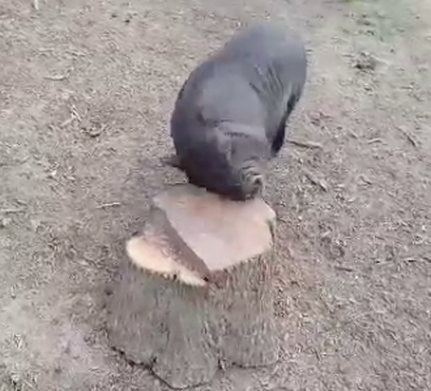 Pigs can also use odor from urine and the facial glands to identify other pigs, and even pigs who are unable to see are able to recognize other individuals in their group, indicating the strength of their other senses. Olfaction plays an important role in a sow's maternal behavior, for example, by helping to form strong bonds with her offspring. 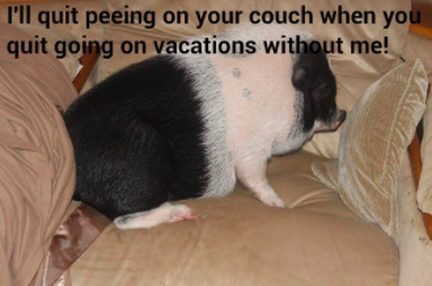 Pigs also communicate by scent-marking prominent features in their home ranges. As they are not very territorial, however, the purpose of scent-marking might be to establish group cohesion, rather than to mark territory. To learn more about scent glands, you can click here. ​ 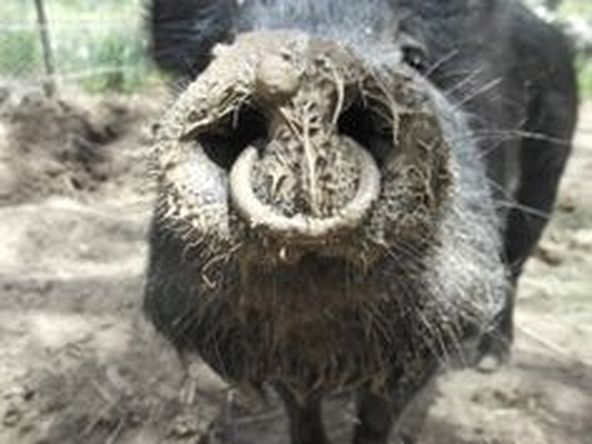 Photo: Reddit.com
Pigs will root and dig **PLEASE DO NOT PUT A RING IN YOUR PIG'S SNOUT!!!!! If you want a pristine yard, do NOT get a pig! We do realize that people from all over the world visit our page and some countries have laws or rules that require this to be done, so while some may not have the choice, those who do? Please do NOT put a ring in your pigs snout. You are essentially taking away from their natural desire to root, which is something they NEED to be able to do. ​ 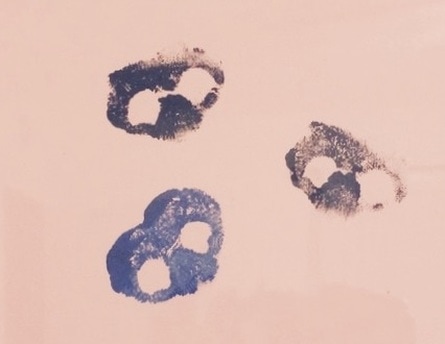 Photo: Buttercup the painting pig
A pigs' snout is shaped like an upside down heart.
Pigs also have 3-4 times more tastebuds than humans: "The pig differs, however, from most mammals in the number of taste buds, which exceeds most species, including the human... The discrepancy between the human taste apparatus and that of the pig becomes even more evident when one compares the 1600 human fungiform taste budswith the 5000 found in pig. As a result of this, the pig tongue has three tofour times more taste buds than the human tongue (J. Anim. Physiol. a. Anim. Nutr. 82 (1999), 8–24 Receipt of Ms.: 12. 10. 1998© 1999 Blackwell Wissenschafts-Verlag, BerlinISSN 0931–2439)." Pig owners should keep in mind that mouthy/biting behavior in pigs, especially young pigs, goes right along with rooting/nosing behavior and isn't necessarily related to aggression. Toddlers explore with their hands- pigs explore with their mouths and snouts!
​~Jane McPherson

If your pig isn't getting the appropriate amount of time outdoors to root around and be a pig, you may notice areas INSIDE that your pig is treating as their own rooting ground. They have the need to satisfy this desire to root, if they cannot go outside and dig in the dirt, they will find other ways to root.

Our blog titled snout secrets you my not have known can be read by clicking here.
Next Page