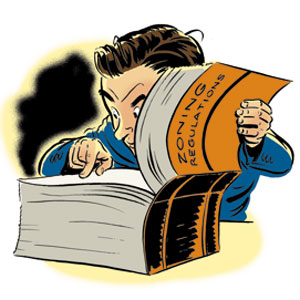 You have to check and recheck to be sure there are no conflicting ordinances.
Our pig friend Ann battled her city to have the ordinance that did not allows pigs within city limits to be amended. She did eventually win and the decision was made to allow pigs to reside within Kansas City, below is how Ann did it. See our page regarding how to start the process to have your ordinance amended or changed. (There are no guarantees, but there are facts that can support allowing companion or pet pigs to live within city limits without any negative effects to the community.)
We will start in the beginning and show you the news story regarding Ann and her pig Marley.
http://www.kshb.com/lifestyle/pets/local-woman-on-a-mission-to-make-her-pig-a-permanent-pet

She kept up the fight and even started a change.org petition to help her with her battle.
Amend/Clarify that potbelly pigs are NOT livestock...

The fight was on. Ann collected information from every resource possible, she had a lot of supporters and people "rooting" for her.
This is the packet Ann Varner sent to her city in order to have the ordinance to reflect pigs being allowed to live within city limits. As you can see, she did extensive research and had others write letters and emails on behalf of her and her piggy. Today, July 2nd, 2015, Ann won her battle and the board decided to amend their zoning rule to allow potbelly pigs to be housed and live within their city limits. Ann is hopeful her presentation will be helpful to someone else who is fighting this same battle and wished to "pay it forward" by allowing you to see what she did that helped her to win her fight. Congrats Ann and job well done!!!! And this is the proud Ann pictured above with her beautiful piggy Marley on the night she received the news of the ruling.

Download File
And finally, everything she worked so hard for....now officially an ordinance. 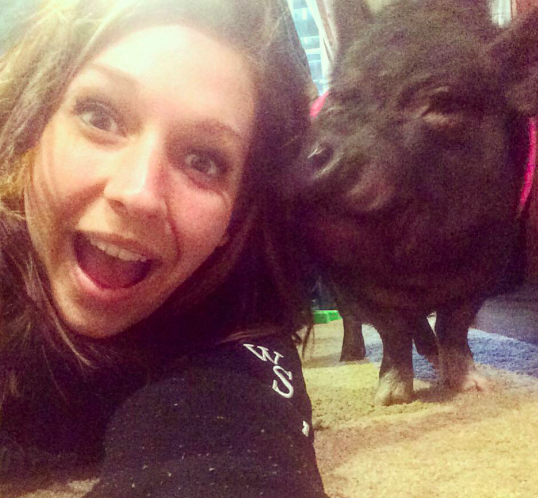 A second news report about pigs being allowed in the city. "Potbellied pigs come out of hiding" in Kansas city, all thanks to Ann Varner who fought to change the ordinance. Its actually nice to see they had such an interest in the story.
http://www.kctv5.com/clip/11734557/potbellied-pigs-come-out-of-hiding-in-kansas-city
Another link to someone else's fight that resulted in a win for their city. Its nice to see so many fighting to keep their animals. Not all cities will approve, you should always check your zoning ordinance before you get a pig.
http://www.ktvq.com/story/29365307/billings-animal-control-board-potbelly-pigs-can-be-pets
Here is an article about suggestions a city has to a petitioner about facts they'd like to know. This is a great starting point for someone who is fighting to keep their pig. Read this article and determine if any of the questions apply to your situation and address them up front.
http://www2.ljworld.com/news/2012/jan/18/some-pigs-city-allows-potbellied-swines-pets/
Attached is another person's packet that was submitted to the city for the council to decide if an amendment to the current ordinance would be considered. This piggy part also won. The example is the questions the council wanted answered as well as the documentation he submitted with the request. (This is a matter of public record and found online)